For nearly two decades in The Los Angeles Times, they were the tour guides for tennis fans. Their names were Thomas Bonk and Lisa Dillman, and they traveled the tennis world to report for millions of sports page readers, giving substance and flavor to the magic of the game.

For two sportswriters who loved to tell the stories of great athletes, competing in great places and achieving great things, it was a great racket.

Bonk is retired now and living in San Francisco. Dillman lives in Huntington Beach and writes about hockey for the new subscription website The Athletic. They have moved on, but they haven’t forgotten.

Bonk says, “I was there on the cusp of a golden age of the sport.”

Dillman, who followed him on the beat in the late 1990s, says, “My time was a special era.” 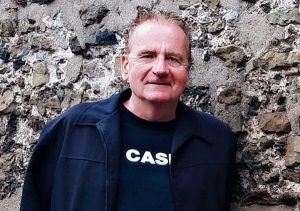 Both are correct. Collectively, they lived and wrote through the end of John McEnroe and Jimmy Connors and Monica Seles and Steffi Graf and the beginning of Boris Becker and Pete Sampras and Andre Agassi and Martina Navratilova. Dillman inherited the beginnings of the era of the Williams sisters, Lindsay Davenport and Roger and Rafa–Roger Federer and Rafael Nadal, as well as Novak Djokovic.

Readers of The Times got to share, to feel, to pretend they were there.

“I saw Pete Sampras beat Eliot Teltscher at Indian Wells in 1988,” Dillman says. “I knew, right away. It was the round of 32. Pete was 16, Teltscher 29. Teltscher was a good pro, an established player. Pete was a kid. But all you needed was a few looks at that serve, at the way he moved on the court. I knew we were all in for something special.”

Dillman also covered Sampras’ last major victory, his 2002 U.S. Open title. It was a time when everybody thought Sampras was done, over the hill, cooked. He wasn’t.

It was the last pro tour match Sampras ever played.

Bonk says that Connors was his favorite player, along with Navratilova, “because she was so tough and fearless. So many of the women playing in her era would get to match point and become unable to make their service toss. They would freeze. Martina just fired aces in those spots.”

Connors was not just good, but open and quirky.

“I had an interview scheduled with him one time at Indian Wells,” Bonk says, “and they told me to meet him at one of those bungalows they gave the top players behind the Hyatt Regency. So, I show up and they keep directing me to the back, eventually to the pool. And there was Jimmy, in the jacuzzi. He sees me and says, ‘Come on, get in, and we’ll talk.’ So, I did. For three hours.” 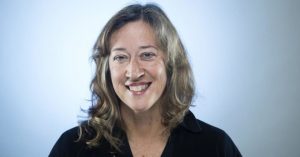 Presumably, both got their wrinkles smoothed out in a day or so.

As reporters, Bonk and Dillman remember the interviews that went well, and those that didn’t.

“I went with Janis Carr of the Register early in Roger Federer’s career,” Dillman says. “We had been given access to him for just the two of us, and we went and did it and left, feeling like we didn’t really get anything, that there wasn’t much there in the guy. Two years later, we got the same access and he dazzled us—smart, interested, good natured, asking about the newspaper business and other people we all knew. He had matured so much.”

Bonk remembers well the year Michael Chang won the French Open. It was 1989 and Chang was 17.

“So, I go to Wimbledon a few weeks later,” Bonk says, “and he was suddenly a big deal, a target for the press. I go early, find him out on the practice courts and before he goes out, I ask him for an interview. He says no. I wait until he finishes practice and I ask him again. He says, ‘I’m not doing media today.’ So, I look him in the eye–remember, he is 17—and tell him that he had just won the French Open, he was now a huge deal, I was the guy from his hometown paper, and that he needed to talk to me.

“And he did, from that day forth.”

Relationships were, and are, vital to reporters in positions Bonk and Dillman held. Bonk had breakfast with Sampras several mornings at Wolf’s Sixth Avenue Deli before he won his first U.S. Open in 1990. By the time Sampras won the title, Bonk had all the inside scoop. Bonk had phone numbers for the likes of legends Don Budge and Ted Schroeder—“They’d pick right up and talk to you”– and spent several (“unbelievably memorable”) days in the Palm Springs desert, just talking to Ellsworth Vines, who was then in his 80s.

When Davenport retired, she called Dillman to give her the story. Dillman was on vacation in Uruguay. Davenport tracked her down.

Bonk and Dillman each got their share of exotic travel, some to distant ends of the world, some not so far away.

“I got sent to Zimbabwe,” Dillman says. “It was John McEnroe’s Davis Cup captaincy debut. It was February, 2000, and they played this Davis Cup tie on kind of a ramshackle court, a noisy, very loud place, with a kind of controversial clown mascot named JoJo. The Zimbabwe team was Byron and Wayne Black, both former USC players. The U.S. almost lost, which would have created quite a McEnroe explosion had it happened. After it was over, Mr. Black, Byron and Wayne’s dad (they also had a tour playing sister, Cara) invited the U.S. reporters over to the Black’s house. In the back, there was grass tennis court he had put in for his kids.”

One of Bonk’s memorable trips was all the way to Ojai.

“I wasn’t sure why I was sent there for this little tournament,” he says, “but I understood when I saw the scene. So, I sat on the end of one court, next to Mike Walden (tennis fan and local TV sportscaster) and he started to intone, in his deep broadcast voice, about the match we were watching: ‘That’s her 34th double fault,’ Walden boomed. Finally, Lindsay Davenport, just a few feet away from us, turned to him and said, ‘Would you please shut up.’”

“I was pretty unhappy about being sent to interview 10-year-olds,” Bonk says, “and they acted just like 10-year-olds. Their dad, Wayne, apologized later.”

We know how well they grew up.

Bonk says he gravitated to the unruly sorts, the lesser conventional types in tennis, such as Connors and McEnroe and controversial dads of female players, such as Peter Graf and Jim Pierce.

“I found those guys fascinating,” he says. “Also, good stories.”

But the best (worst?) was former Romanian star and tennis promoter Ion Tiriac, who was, at his best, fun, and at his worst, also fun. Tiriac is now a billionaire.

“I was at the Australian and Tiriac walks up to me and says, “Come with me. I will show you the future of tennis. So, he leads me out to a court way in the back and there is a tall, skinny kid, hitting huge serves. I asked what the kid’s name was and he says, ‘Goran Ivanisevic.’”

Ivanisevic lost three times in the Wimbledon final before finally winning it in 2001.

Other memories are flashes:

–Bonk, sitting at the end of the court at UCLA during an LA Open, and seeing attendees such as Johnny Carson and Dustin Hoffman, just down the row from him. “They didn’t care that it wasn’t a big money tournament. They were there because it was Jack Kramer’s tournament.”

–Dillman, recalling the 1999 French Open. Andre Agassi and Steffi Graf won the singles titles that year. “A few months later, they were dating.”

–Dillman, bantering with Chang’s parents, Joe and Betty. “They kept asking me why I didn’t have kids.”

–Bonk, walking down the street in New York City during the U.S. Open and bumping into Yannick Noah. “We started talking while we walked and I noticed he was walking the same direction I was. Sure enough, he was in the same hotel. We got in the elevator and punched the button for the same floor. We got off and walked the same direction, and eventually stopped at the same time. He was in the room next to me. I remember telling him not to do anything that would embarrass me.”

It was a different time, or as Bonk says, “a simpler time.” The money wasn’t as big, nor was the pressure. But tennis was vital and appealing and tennis journalists were encouraged to write with quantity and passion.

To Thomas Bonk and Lisa Dillman, who did that, we say: Thanks for the Memories.