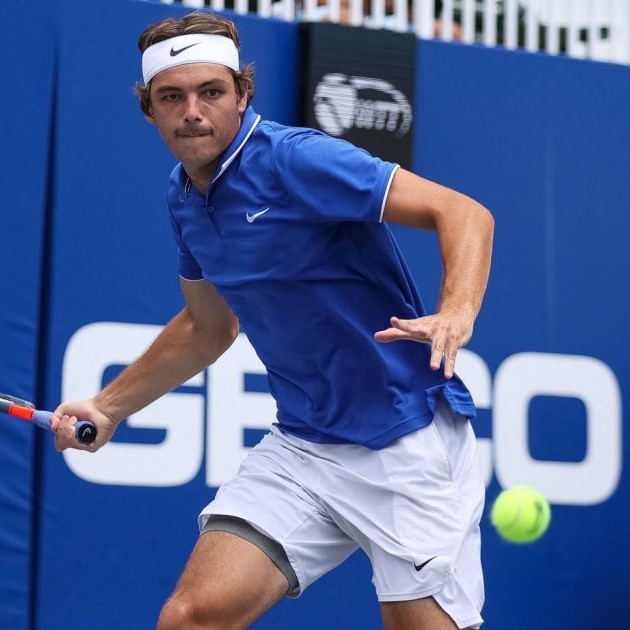 Though Southern California’s teams may not bring the 2020 World TeamTennis King Cup back to the west coast, there’s still good chance that a homegrown pro will carry the trophy when the dust settles this weekend in West Virginia.

The WTT playoffs are set to begin, with Philadelphia, Orlando, Chicago, and New York locked in to this weekend’s postseason. The Freedoms, with a firm hold on the standings’ top spot, will be the #1 seed behind exceptional play by Rancho Palos Verdes’ Taylor Fritz. Philadelphia has been particularly dominant in singles, led by Fritz and reigning Australian Open champion Sofia Kenin.

San Diego’s Brandon Nakashima has been the sole men’s singles competitor for third-place Chicago, an impressive WTT debut for the SoCal 18-year old. Sporting a tight new hairstyle and surrounded by tour veterans like Rajeev Ram, Bethanie Mattek-Sands, and 2017 US Open champion Sloane Stephens, Nakashima has fit in comfortably during the three-week competition. The future star toppled Sam Querrey, Tommy Paul, and Steve Johnson along the way, and nearly notched a victory over the famed Bryan brothers in doubles play.

The New York Empire fortified their roster to push into the final weekend after acquiring powerful doubles players Coco Vandeweghe and Nicole Melichar in an uncharacteristic midseason trade with San Diego. Vandeweghe, from Rancho Santa Fe, has played a decade of WTT and was in her third year with the Aviators before changing jerseys earlier this week.

Venus Williams has split singles play with her Washington Kastles teammate Bernarda Pera, but the veteran was impressive in doubles action to help keep Washington in late running for a playoff spot. Steve Johnson and the Orange County Breakers remained in the hunt until this week, but lost two crucial meetings with New York and Springfield to close the regular season schedule.

The team with the most SoCal spirit hailed from Las Vegas, but the Rollers struggled despite Querrey, Asia Muhammad, and Bob & Mike Bryan. Vegas finished in 9th place, a notch ahead of Ryan Harrison and the Aviators.

The season concludes this weekend at the Greenbrier. Both semifinals will be played on Saturday, with the final set for Sunday at 9am PST on CBS. Visit WTT.com for complete details.