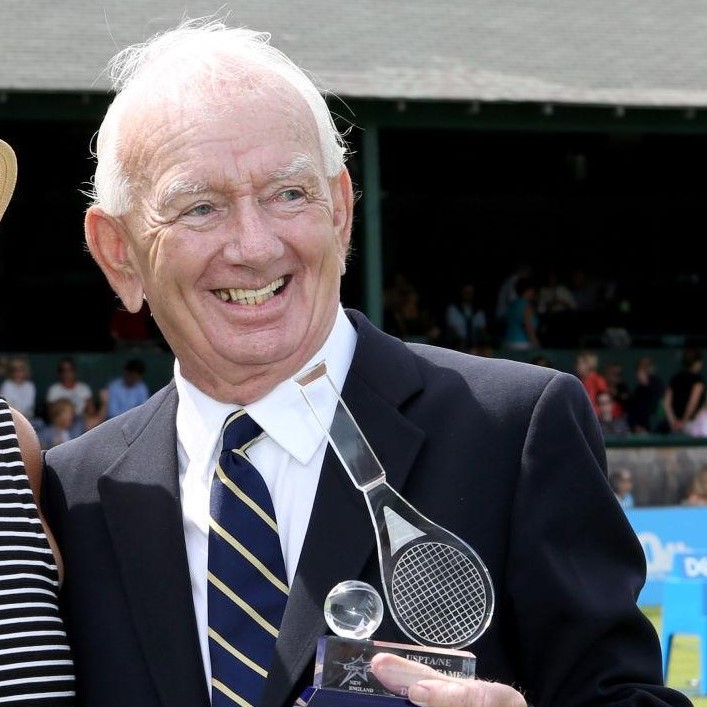 Don Henson, a well-known tennis personality in Southern California and a 27-year USPTA Master Professional, passed away on June 10 after a lengthy illness. The unfortunate news was announced by Mr. Henson’s son, Donovan, on behalf of the Henson family.

Mr. Henson spent years teaching tennis in San Diego, and for the past few years had worked at the Burbank Tennis Center. Countless Southern California teaching pros credit Don as the person responsible for certifying them as tennis instructors. Mr. Henson once said he has certified more than 7,000 teaching pros over the years.

Mr. Henson is one of the original eighteen USPTA Master Professionals, a title that signifies the highest possible achievement for a tennis pro. Throughout his career, Mr. Henson played countless roles in the game, including club owner, court builder, tournament promoter, administrator, player developer, mentor, and certification tester for both the USPTA and PTR.

Mr. Henson returned to his home state of Rhode Island in 2017, where he was inducted into the USPTA Hall of Fame, Master Professional category. The ceremony was held at the International Tennis Hall of Fame in Newport.

USTA Southern California extends its deepest sympathies to the family, friends, and colleagues of Mr. Henson during this time.