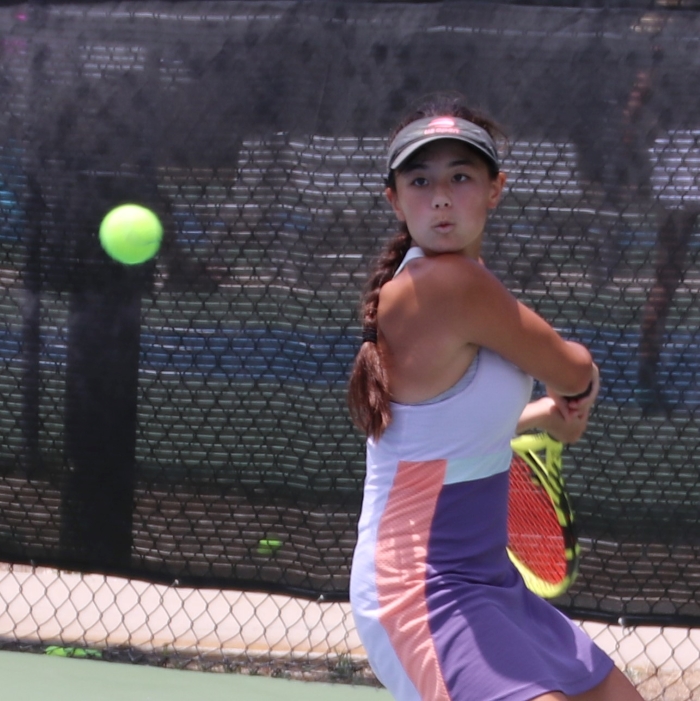 The ITA Summer Circuit completed its run through Southern California this past weekend with a stop in Ojai. The UTR event, hosted by Weil Tennis Academy, features a variety of collegiate and top junior players competing in men’s and women’s open brackets.

On Sunday, Huntington Beach’s Mika Ikemori (pictured) controlled the tiebreaker for an overtime win in the Women’s Flight A bracket final. Ikemori, a high school sophomore, cruised into the final after opening the tournament with a long first round match on Friday, before winning twice on Saturday in straight sets. After securing the semifinal with a 6-3, 6-1 win over Madelyn Ferreros of Arroyo Grande, Ikemori stumbled to open the first set of the championship final, losing 6-1 to Velizara Fileva, who was playing her third UTR final of the year. Ikemori fought to even the match in the second set, then held the momentum in the tiebreaker, completing a 1-6, 7-5, 1-0 (10-7) victory.

On the Men’s side, Ventura’s Noah Laber was convincing in a 6-2, 6-2 win over Henry Bilicic in Sunday’s final. Laber, an incoming member of the Middlebury College tennis team, did not drop a set in the entire tournament, and only once dropped three games in a single set. Bilicic, from Chicago, will play for Trinity (CT) beginning this fall.

The Circuit continues outside of SoCal this weekend and concludes in Texas at the National Championship, beginning August 7.