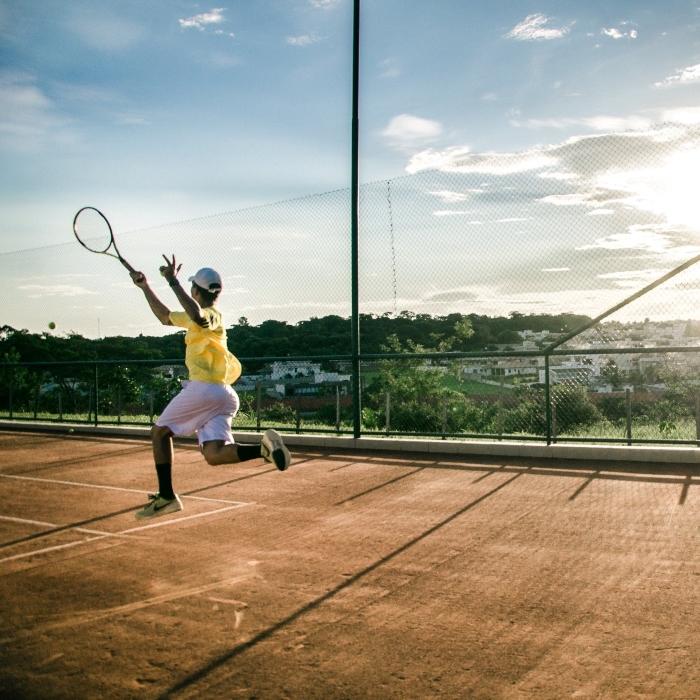 This week’s official announcement on the US Open marks the return of professional tennis to the global spotlight, another chapter in what has been a unique and challenging year for the sport. Yet in the face of pandemic amidst a changing world in 2020, tennis has proven its resilience as a guiding light at an increasingly difficult time.

Rewind to early March, on the verge of Southern California’s signature professional event, the BNP Paribas Open. As the coronavirus permeated society, tennis was the first pro sport to make the drastic decision to cancel a world class event in response to the COVID-19 threat. On March 8, as some of the world’s top athletes descended upon Indian Wells and qualifying rounds were hours from start, health officials reported the first case of the virus in Riverside County. In short time, tournament organizers elected to cancel the event for the first time since it was introduced in 1976.

As Indian Wells shuttered, tennis made headlines as the first sport to cancel a significant event due to the threat of COVID-19. Guests on the grounds of the Tennis Garden were politely ushered out of the facility as news broke of the cancellation, while many fans wondered if the abrupt decision to abandon the desert’s premier sporting event – often referred to as the Fifth Slam – was an overreaction.

As it turns out, tennis was a beacon, a forerunner ahead of the curve. The NBA and NHL suspended seasons as players began to announce viral infections. In some cases, arenas were suddenly evacuated in the middle of ongoing games. College sports, tennis included, scrambled to maintain their schedules before abruptly writing off the spring season.

As for Riverside County, home of Indian Wells, the region has to date reported more than 10,000 cases and 356 deaths due to coronavirus. Keeping tens of thousands of tennis fans at bay at the onset of the pandemic was critical in tempering statistics, which could have been astronomical.

Still, tennis would play an essential role in America’s – perhaps the world’s – recovery from the collective national shutdown. A versatile sport, tennis could be played against a wall, in a backyard, or in a driveway. At a time when communal sports like baseball and basketball were discouraged, tennis offered a much-needed outlet for both devout and casual players to get outdoors and find some semblance of normalcy.

“Our sport is conducive to social distancing,” said USTA CEO and Executive Director Michael Dowse in a USA Today interview. “Health and safety is paramount and tennis comes second, but once that first box is checked and it’s deemed safe, it’s the perfect sport for all of us to participate in coming out of this pandemic.”

In June, a media report confirmed Dowse’s assessment, polling health care professionals who determined tennis to be the safest sport to adopt based on the natural social distance between players and the ability to limit up close interaction.

Dowse was front and center again this month, bringing tennis back to the forefront as the first sport to confirm a major international tournament on the schedule. The ATP Tour has announced its revised 2020 schedule, with its WTA counterpart expected to follow suit. Tennis will again carve a path forward, leading the way for other sports organizations to do the same.

From foreshadower to forerunner, tennis reminds us all of the power and resilience of the game. The US Open, set to begin on August 31, will bookend an unexpected and remarkable journey that started in the California desert.

Even in the most challenging circumstances, come rain or shine, the game and its followers continue to endure.